Only twenty minutes from historic downtown Charleston, the Isle of Palms enjoys warm breezes of a sunny six-mile Atlantic Ocean surfline on its ocean side, and on the side facing the Intracoastal Waterway, a natural buffer of pristine bays, oyster beds, windswept marshes and tidal creeks. The island's stylish houses are bordered by picturesque sand dunes, first-class marinas and boat slips, quiet golf course fairways lagoons, and greens, as well as the comfortable shade of old-growth live oak forest.

A plentiful barrrier island since prehistoric times, the Isle of Palms boasts four thousand year-old Sewee Indian shell rings and middens as well as a wealth of wildlife, and was known simply as "the hunting island" to early European explorers. During colonial times, the island's vast expanses of bluffs, marshes and maritime forest were at first a haven for pirates and intimidating to permanent settlers, who began to refer to it by the name Long Island in the 1700's. Long Island was separated from neighboring Sullivan's Island only a by a tiny stretch of water called Breach Inlet, which proved to make the island fmaous in South Carolina history. In 1776, British troops attempted to ford the inlet to capture Charleston, but were defeated by a handful of American sharpshooters, and in 1864, the C.S.S. Hunley made its fateful voyage from Breach Inlet to make the first successful submarine attack in history.

With eventual settlement of Sullivan's Island in the 19th century and the establishment of regular ferry and rail service from Charleston, entrepreneurs began to greater interest in the sunny beaches next door. Spurred by a new wave of American prosperity and mobility in the 1890's, the island was purchased Dr. Joseph Lawrence, who renamed it the Isle of Palms and began construction of an oceanfront amusement park and resort that he hoped would rival Atlantic City. Linked to Sullivan's Island by a new trolley-car bridge across Breach Inlet, the Isle of Palms would enter the 20th century with a giant ferris wheel, amusement park, bathing pavilion and seaside hotels.

By 1926, the trolley bridge to the Isle of Palms was replaced by one built for automobiles and residential homes soon followed on the southern half of the island. The tradition of a relaxing island address with ample opportunity for excitement has long characterized the Isle of Palms, which is renowned for popular public beach areas, live music, colorful shops and busy restaurants. In 1972, development was started in the 1600-acre expanse of untamed trees and dunes on the northern end of the island, and the appropriately named Wild Dunes Resort would become one of South Carolina's premiere coastal properties.

So popular is the Isle of Palms in fact that two nearby islands accessible only by boat - Goat Island and Dewees Island - have emerged as exclusive neighboring communities whose attraction is enhanced by associated facilities, services and amenities on the Isle of Palms. 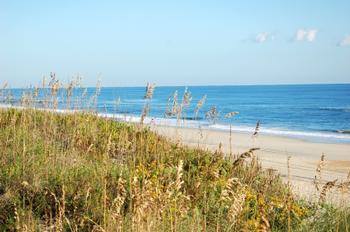