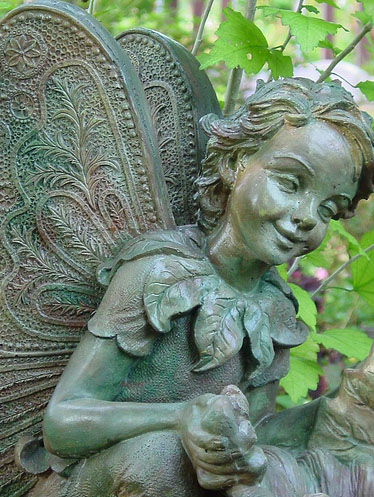 Historically, the Charleston garden has been one of the city’s most venerated treasures. Early settlers found that blooms flourished in the warm, sub-tropical climate, and gardens that at first were functional in raising edible plants, later became a show of beauty and wealth. As the city prospered throughout the 18th century, elegance became a standard in Charleston, and what better way to accentuate the charming houses that were being built than to add florid gardens.

The “English garden” was a common theme in old Charleston, as garden concepts from Great Britain appealed to the colonial appetite for exterior grandeur. Today, many private gardens throughout Charleston’s historic district feature the sculpted symmetry that became such a showcase on every street long ago. A soil rich in calcium deposits was good for just about any plant, and the long hours of warming sun and mild temperatures made Charleston a great experimental garden for colonial botanists. Among the famed botany names who were residents of Charleston over the years were Alexander Garden, for whom the Gardenia is named; Joel Poinsett, for 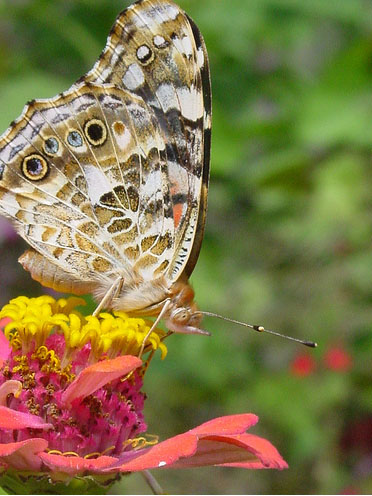 whom the Poinsettia is named, and Philippe Noisette, for whom the Noisette Rose is named. Other major influences came from the royal gardener of French King Louis XVI, Andre Michaux, who was fascinated by Charleston, and it was here that he introduced the Crepe Myrtle and Mimosa to America. And of course, there was Rev. John Drayton, who turned his appropriately-named Magnolia Plantation into a lush garden, where he introduced the stunning Azalea to America.

The gardens of Charleston became city’s first great tourist attraction, as both public and private areas are in full bloom much of the year. Every block of the old city is radiant with color, and many private gardens are opened to the public each year in very popular tours of homes and gardens.

In addition there are numerous famous attractions at which the gardens are a major highlight. Along old Ashley River Road, three plantations are open for public visitation - Drayton Hall, Magnolia Plantation, and Middleton

Place - all renowned for their incredible garden displays. Set among old rice ponds and terraced river banks, these grand gardens are high on visitors‘ lists every year.

Thirty minuted from Charleston is historic Cypress Gardens, an exquisite natural setting in historic cypress swamps, where visitors can wend their way paddling small boats through the giant trees that grow from beneath the gently-flowing fresh water, and enjoy a picturesque haven of flowers and songbirds.

In the old city, several house museums such as the Nathaniel Russell House also display the historic garden areas that have been such a hallmark of Charleston, and one of the most enjoyable surprises in Charleston is to realize that a visit to historic graveyards at St. Michael’s, St. Philip’s, to the Unitarian Church includes a dazzling array of colorful plants and trees that imbue these solemn areas with a soothing sense of serenity.

Bordering quaint alleys, twisting gracefully through wrought iron, and swaying in harbor breezes, the flora of Charleston adds gloriously to the city spectacle, and literally brightens the experience of living in this marvelous natural garden. 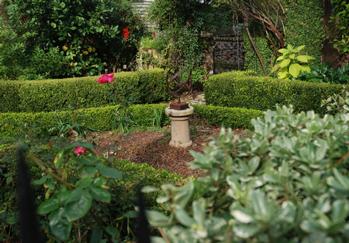