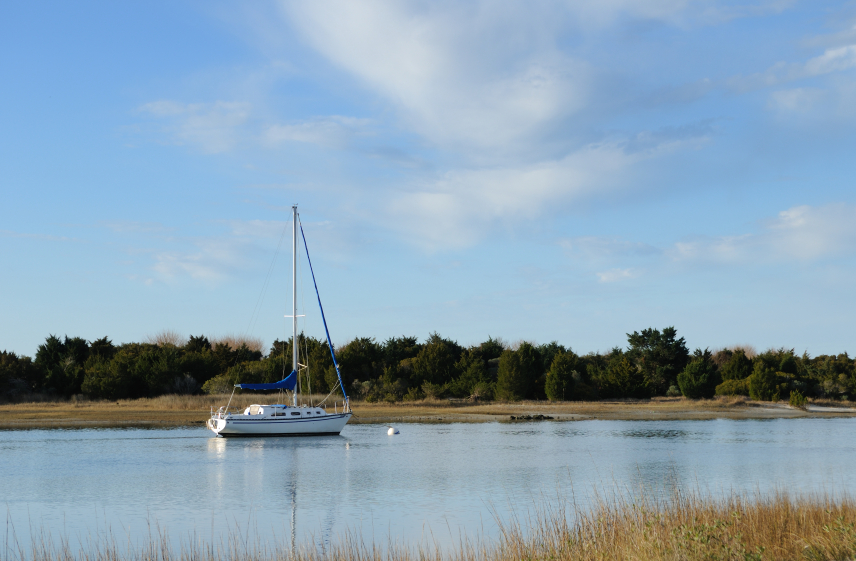 A traditional nickname for Charleston is “City By the Sea”, and no other historic downtown area in the United States is so close to the ocean. Standing along the High Battery, Murray Boulevard or Waterfront Park, it’s easy to sea the Atlantic Ocean and ships entering Charleston harbor. The Charleston peninsula is surrounded on three sides by the Ashley River, the Cooper River, and the harbor, which is roughly six square miles of water connecting the inland to the sea.

Charleston Harbor is what’s known in marine biology as a vertical estuary, where heavier fresh water from the rivers lifts lighter salt water from the Atlantic. The river flow carries soil and plant particles that give the water a grayish hue, but beneath the surface are abundant fish, shrimp and crabs and everything that feeds on them. On brisk windy days when the breezes come in from the sea, the blue-gray salt water offers better visibility in the harbor, as dolphins and drum can be seen swimming gracefully by. 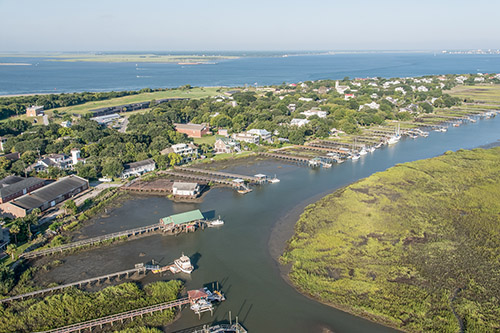 Unlike many American cities, most of Charleston’s downtown waterfront is residential, with grand historic homes facing seaward along East and South Battery, condominiums tastefully overlooking Waterfront Park and the Cooper River, and a mix of Victorian dwellings, new construction and condos facing westward along the Ashley River.

The neighboring areas surrounding Charleston were historically built along rivers and inlets for easy access to the city by boat, and to this day, one of the quickest ways to get downtown is by walking down a priavte dock, stepping in a boat and taking the short trip to one of the city’s marina facilities.

James Island, Mount Pleasant, and West Ashley feature homes that offer great views of the old city from across the Ashley and Cooper rivers, as suggested by neighborhood names such as Molasses Creek, Grassy Creek, Stono Ferry, Coosaw Creek, and Headquarters Island.

Local barrier islands jsut outside the city have oceanfront that is almost exclusively residential, and the Isle of Palms, Sullivan’s Island and Folly Beach also all feature extensive inland properties overlooking marsh estuary and the Intracoastal Waterway.

Another captivating location is a house or lot along the miles of tidal creeks that wend throughout the Charleston area. These expansive areas of pristine Spartina grasses and winding waterways are haven for shrimp crabs and fish, as well as a natural rookery for wading birds such as egrets, herons and ibis.

Hobcaw Creek, Shem Creek, James Island Creek and Horlbeck Creek are just a few of the many spectacular wetlands that grace the Charleston area. 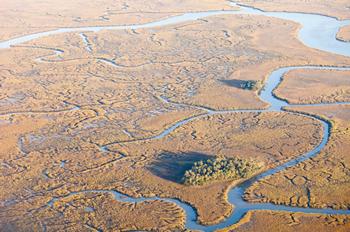