Charleston has been on the cultural map since its colonial inception, as dance, music and theater troupes made the city a regular stopover since the early 1700’s. From 18th century entertainers such as Col. Rickett’s Circus, the famed Booth family actors and P.T. Barnum during the antebellum era, Victorian stars Jenny Lind and Lily Langtree, vaudevillians Billy Burke and the Ziegfield Follies, mid 20th century composer George Gershwin, to recent international talents such as Joshua Bell and Gil Shaham, the chance to entertain in or be inspired by Charleston has always been a significant draw.

The Dock Street Theatre was opened in 1736 as the first building designed exclusively for cultural performances, and Charleston’s dedication to the arts spawned theatrical and musical venues and clubs throughout the years, such as the famed St. Cecilia Society, which has been active since 1766. A new Dock Street Theatre was reopened in 1937, and today features a year-round schedule that is indicative of Charleston’s full plate of cultural interests. Each Spring, the Dock Street is one of numerous venues for the internationally-acclaimed Spoleto Festival USA, which brings some of the world’s brightest talent to the stage in a variety of performances that includes dance, theater, opera, chamber music, orchestra, mime, poetry and visual arts.

Beginning each Summer, the Dock Street hosts a full season of professional theatrical and musical productions, that includes award- winning local troupes such Charleston Stage, as well as heralded visiting stars such as Diana Ross.

Other popular performance venues in the old city are the Charleston Music Hall, the Gaillard Auditorium, Memminger Auditorium, the American Theater and the Footlight Players Theatre, and a host of performance companies such as the Charleston Ballet Theater, the Charleston Symphony Orchestra, and the Charleston Men’s Choir. In addition, several historic homes and churches have musical performances each year, ranging from chamber recitals to spirituals, and featuring the accompaniment of such marvelous instruments as St. Michael’s 5,219-pipe tracker organ and the original 1845 Erben organ at the French Huguenot Church. The city of North Charleston has two fine performance facilities in the North Charleston Coliseum, which hosts traveling concerts and circus, as well as the North Charleston Performing Arts Center, which has hosted events that includes the Moscow Ballet, , Arlo Guthrie, Gabriel Iglesias, and the Broadway show “Jersey Boys” and much more.

Charleston’s quaint streets are alive with art and music, as each month, the 32-gallery French Quarter Art Association offers a festive gallery walk to showcase the considerable talent found in every visual medium that is so readily inspired by the majestic city surroundings. At night, popular hangouts at the City Market and Midtown come alive with jazz, rock, and acoustic music from various restaurants and bars. Numerous sidewalk festivals are held each year, such as the Lowcountry Blues Bash and the Reggae Festival, adding to the charm and culture of this lively city. 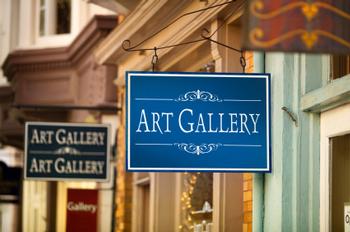