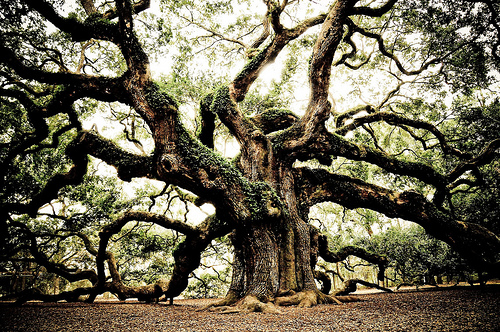 Charleston is blessed with one of the most stunning natural settings in North America, as South Carolina enjoys the largest stretch of unspoiled coastline on the Atlantic coast. Both public and private efforts have guaranteed a thriving environmental haven surrounding the Charleston area, where the public can roam and enjoy a spectacular panorama of wildlife, wetland and green space. Federally-protected areas of the Cape Romain National Wildlife Refuge and Francis Marion National Forest are habitat for loggerhead sea turtles and deer. State-protected sanctuaries such as the Santee Wildlife Refuge and the Bear Island Wildlife Management Area provide feeding grounds for ducks, geese, swans and with wild turkeys. Charleston County’s Caw Caw Interpretive Center has nature areas teeming with white ibis, herons and egrets. Private landowners and the Nature Conservancy have made the 350,000 ACE Basin just south of Charleston a model of land management for natural and historic purposes. And at the Francis Beidler Forest west of Charleston, the National Audubon Society has craved a stunning visitors area in the largest stand of uncut cypress in America.

Because Charleston’s character is so entwined and history, one of its most popular public areas is the Fort Sumter National Historic Monument, which includes forts Sumter and Moultrie, both standing majestically overlooking Charleston Harbor and still bristling with cannons and parapets, and each with fascinating interactive museums.

For the ocean lovers, nothing beats a day a Folly Pier County Park on Folly Beach, where the grand 1,045-foot pier stands majestically above the roaring surf and offers an 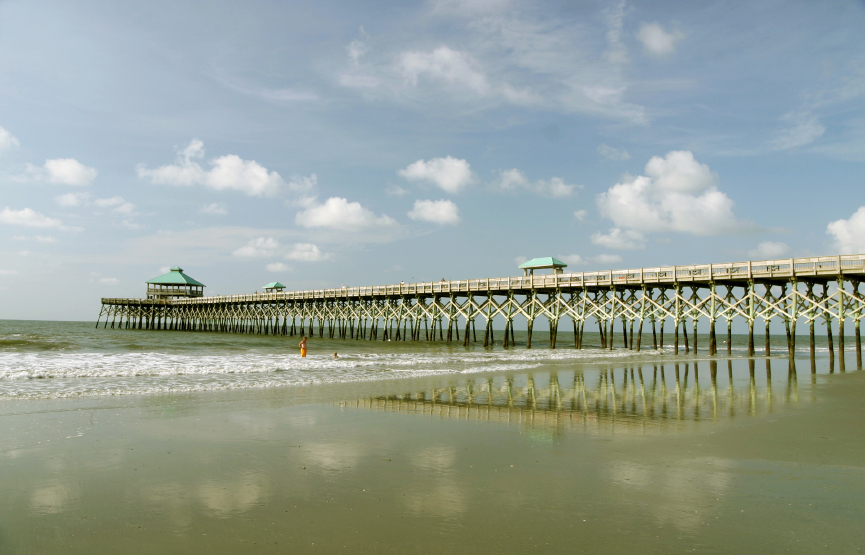 unsurpassed view of the Atlantic Ocean, as well as fishing tournaments, tackle shop, restrooms, and restaurant.

Within the city limits, there are numerous enjoyable parks and natural areas as well. Charlestowne Landing State Park is the site of the original settlement of Charleston in 1670, and now only 5 minutes from the historic downtown area across the Ashley River, this beautiful landscape features artifacts from the early settlement, a full-size replica of the original settlers’ sailing ship, as well as a vast animal forest, with displays of indigenous animals that include bison, elk, foxes, bobcats, otters and deer.

Even in the old city itself, the natural spectacle from public spaces such as White Point Garden, the High Battery, and Waterfront Park are a delight, as splashing dolphins, diving pelicans, hovering osprey, and varieties of colorful songbirds put on a free show almost every day.